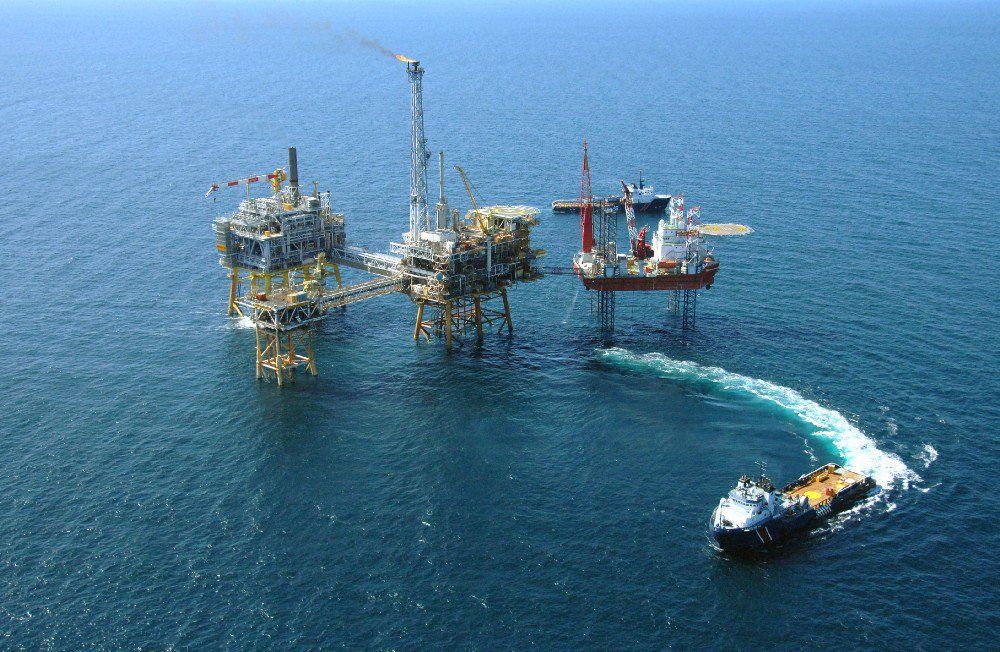 All producing wells have been permanently shut-in and decommissioning and abandonment activities have begun.

The fields at the Sable Offshore Energy Project were developed in two tiers. Tier I fields are Thebaud, Venture and North Triumph. Thebaud began production on December 31, 1999, followed by Venture and North Triumph in February 2000. Tier II fields are Alma and South Venture. Alma began production in November 2003, followed by South Venture in December 2004. A total of 21 development wells have been drilled in the five fields.

Central facilities were installed at Thebaud for production, compression, utilities and accommodation. Satellite platforms were located at Venture, North Triumph, Alma and South Venture. These were unmanned wellhead platforms. The central Thebaud facility had systems for remote monitoring and control of the other platforms. Each of the unmanned platforms was equipped with a helideck and emergency accommodations. Hydrocarbons produced at the satellite platforms were transported through a system of subsea flowlines to the Thebaud platform for processing and export to shore.

Raw gas from the five fields was separated and dehydrated at the Thebaud platform. The separated gas and hydrocarbon liquids and condensates were then recombined and transported through a subsea pipeline to landfall in the Country Harbour area of Guysborough County, Nova Scotia, and then to a gas processing plant at nearby Goldboro, Nova Scotia. There, the gas was conditioned by removing natural gas liquids, condensates and remaining water. The sales gas then flowed to markets in eastern Canada and the northeastern United States through an onshore pipeline. Natural gas liquids and condensate were transported by another onshore pipeline to a fractionation plant at Point Tupper, Nova Scotia for further processing before being sold.

In late 2017, ExxonMobil began the plugging and abandonment of the 21 Sable Offshore Energy Project production wells, starting with those wells located in the Thebaud field. This process involved the use of the Noble Regina Allen, a jack-up drilling rig, to set a series of mechanical and/or cement plugs in the wellbore to permanently seal each well in accordance with the regulations. This is to prevent hydrocarbons from migrating within or out of the well.

ExxonMobil shut down all production from the remaining Sable Offshore Energy Project producing fields (South Venture and Alma) in December 2018. The plugging and abandonment of all the wells was completed in December 2019. Activities for the decommissioning and removal of the offshore platforms located at each of the five offshore fields fully began in 2019. The heavy lift vessel, the Heerema Marine Contractors Thialf, began facilities removals work in the field in May 2020, and all facilities were removed by November 2020.

A post-abandonment monitoring program will be conducted in the summer of 2021 to re-confirm the integrity of the well plugging and abandonment program, and to confirm that there is nothing on the seabed that could pose a potential hazard to other commercial ocean users.

We publish reports and data on oil and gas activities. View the status of a project and reports related to production, environmental effects monitoring, and industrial benefits, if available, below. You can also view requests made by operators for project deviations, and decisions made by our Chief Safety Officer or Chief Conservation Officer to ensure that regulatory requirements are upheld.

Application Status Operators working in the Canada-Nova Scotia offshore area must submit an application and an authorization must be granted before this work can begin. View current applications and approval statuses here.

Activity reports provide the public with a weekly update of petroleum-related activities in the Canada-Nova Scotia offshore area.

Monthly Production by Field and WellAs part of our comprehensive Monitoring and Compliance program, our team also monitors oil and gas production from offshore projects. This is required as part of our regulatory mandate of resource conservation. View total production data for the Sable Offshore Energy Project here.

Environmental Effects Monitoring Projects taking place in the Canada-Nova Scotia offshore area are closely monitored to better understand the effects of associated oil and gas activity on the surrounding environment. Learn more about the environmental effects of this offshore project here.

Equivalent Standards and ExemptionsUnder certain circumstances, the Accord Acts provide our Chief Safety Officer and/or Chief Conservation Officer with the authority to allow an alternate approach to meeting regulatory requirements. Regulatory Query Forms to request an alternate approach are processed and administered by our Operations/Health, Safety & Environment team.

The following are Regulatory Query decisions that have been made by our Chief Safety Officer and/or Chief Conservation Officer for an alternate approach to meeting certain regulatory requirements. You can view the decisions made by clicking on the links in the table below.