The Aspy D-11/D-11A Exploration Well has been permanently plugged and abandoned.

BP Canada proposed a one-well exploration project located approximately 330 kilometers from Halifax in approximately 2,800 metres of water depth. We reviewed information submitted in support of the required authorization in April 2017, with BP Canada officially submitting an application on September 21, 2017. 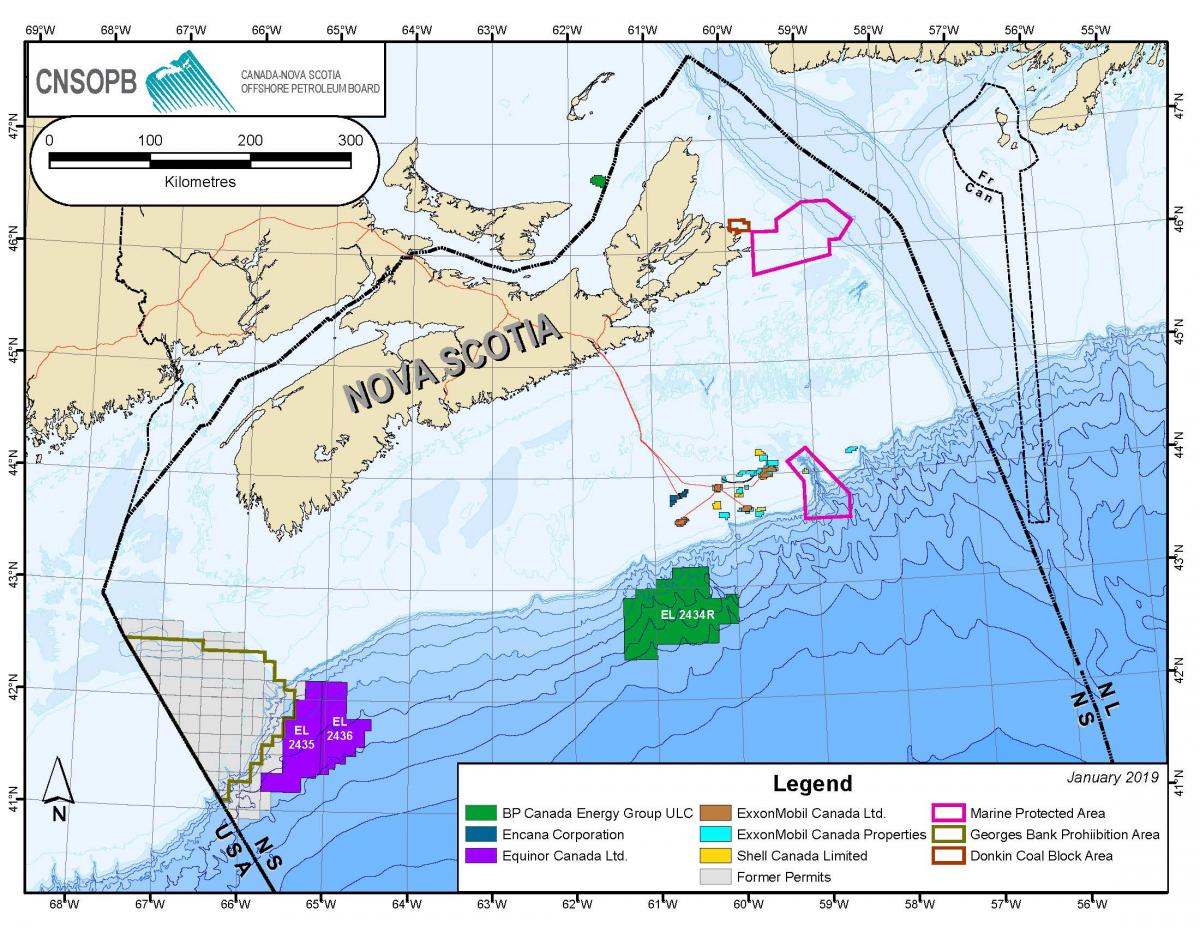 After a rigorous document review and application process, we issued an Operations Authorization - Drilling (OA-D) and an Approval to Drill a Well (ADW) to BP Canada on April 21, 2018. These authorizations allowed BP Canada to commence drilling operations. The Aspy D-11 well was drilled using the Seadrill West Aquarius, a semi-submersible offshore drilling unit that is suited to the North Atlantic environment and deep-water drilling.

With BP Canada having spudded the Aspy D-11 well on April 22, 2018, consolidated Exploration Licence 2434R was in effect. This means that the interior boundaries of the four Exploration Licences were merged into one, with the outer boundary remaining the same.

On August 3, 2018, BP Canada was granted an approval to drill Aspy D-11A which was a sidetrack from the Aspy D-11 well. Sidetracking means that a secondary wellbore is being drilled away from the original wellbore. Sidetracking is common during drilling operations, and can happen for operational or geological reasons.

The one-well exploration drilling project was completed on November 9, 2018. Prior to drilling any subsequent wells, BP Canada would be required to obtain a new Operations Authorization for each drilling program and Approval to Drill a Well for each individual well. This would trigger our rigorous application review process.

BP Canada Energy Group ULC (BP Canada) had notified the Canada-Nova Scotia Offshore Petroleum Board that it will forfeit its $1 million drilling deposit paid in 2019 and pay a further drilling deposit of $2 million to extend Period 1 for an additional year.

This additional extension period will expire on January 14, 2021.

If BP Canada does not drill a well by January 14, 2021, it will need to select one of the following as outlined in the terms and conditions of the consolidated Exploration Licences:

We publish reports and data on oil and gas activities. View the status of a project and reports related to, environmental effects monitoring, and industrial benefits, if available, below. You can also view requests made an operator for project deviations, and decisions made by our Chief Safety Officer or Chief Conservation Officer to ensure that regulatory requirements are upheld.

Application StatusOperators working in the Canada-Nova Scotia offshore area must submit an application and an authorization must be granted before this work can begin. View current applications and approval statuses here.

Equivalent Standards and ExemptionsUnder certain circumstances, the Accord Acts provide our Chief Safety Officer and/or Chief Conservation Officer with the authority to allow an alternate approach to meeting regulatory requirements. Regulatory Query Forms to request an alternate approach are processed and administered by our Operations/Health, Safety & Environment team.

The following are Regulatory Query decisions that have been made by our Chief Safety Officer and/or Chief Conservation officer for an alternate approach to meeting certain regulatory requirements. You can view the decisions made by clicking on the links in the table below.